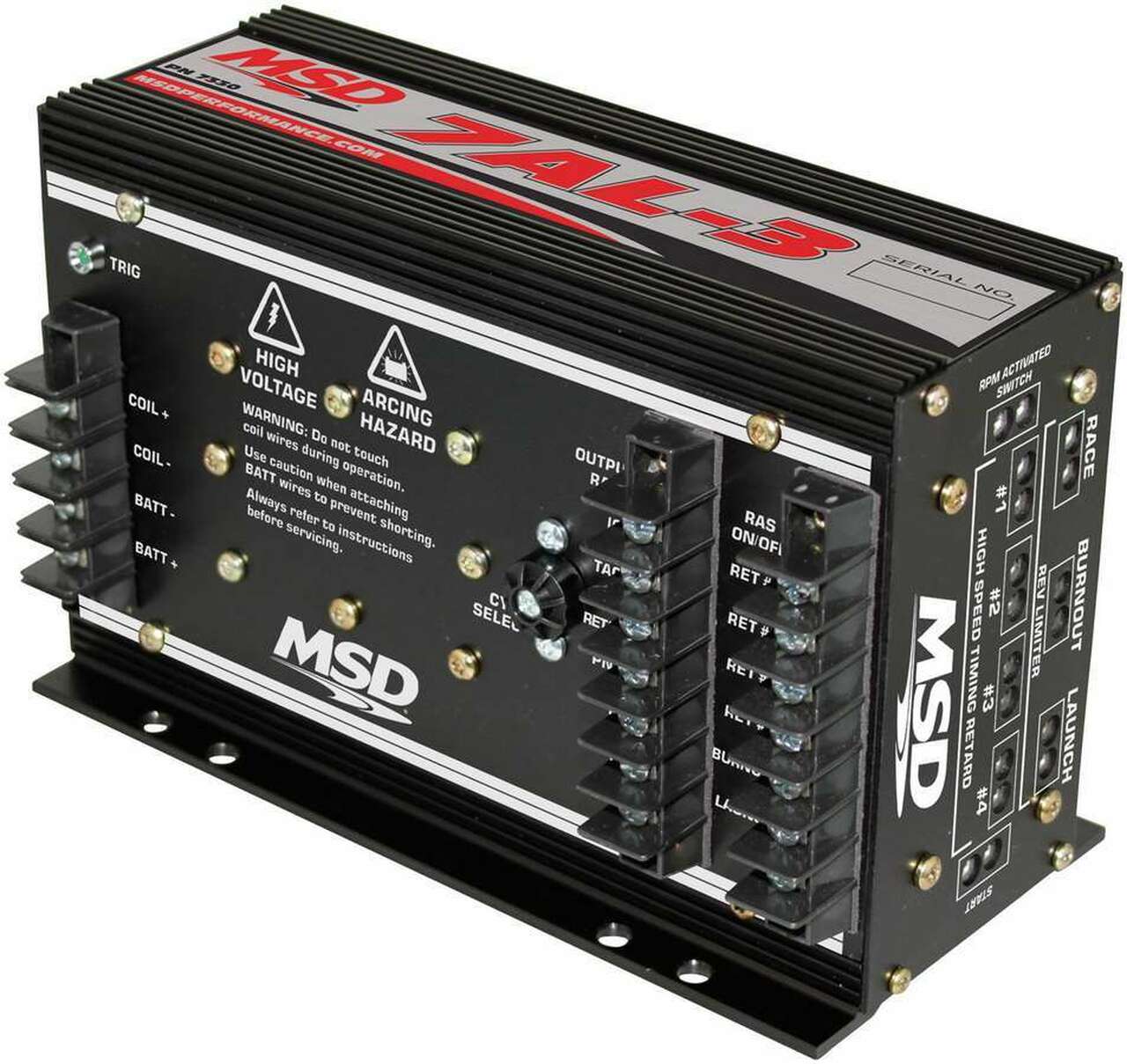 Today, I want to talk to you about 7AL-3 MSD Ignition Box

Hi, this is John from Uzbasic Motorsports Performance Parts. And as you can see in our 37 Chevy coupe, we have a 7AL-3 MSD ignition box ok I’ll tell you some real cool things about this box. First of all, it actually has high output spark energy for your nowadays high compression race engines combined with the most popular racing accessories built into one box, including a three step rev limiter for stage retard, start retard and an RPM activation switch. Let me touch on a few of these things.

As far as your three step, you have race, burnout, and launch, and you can actually set based on these chips right here that come in different RPM levels, you can put a chip into any one of these. And what they’ll do is if there actually is an issue or anything, it’ll hit that chip number and it’ll start missing, stuttering.

So if you have a breakout, anything that breaks or you have an engine issue or transmission issue, it will not wind itself up, it’ll only go to that certain level and shut down. That’s great for the race. It’s great for a burnout and obviously super important during your launch. This thing also has a high speed timing retard. And what they look like are they’re black in color. And you can see they have different degree levels on it, where you can literally adjust the amount of retard you put in this engine as it’s going down the track. You also have an RPM activation switch, which this gives you the ability to actually activate at different speeds. Other things that you would like to have, for example what I use this for is I retarded it at 7200 RPM, and I put four degrees of dwell into it. That just makes the harmonics and the engine actually function better in this application.

There’s also in the very back a start retard which is critical on high compression engines. My engine is 36 degrees before top dead center for the continuously cranking it that it becomes very difficult. This system has got a built in as soon as you start cranking, it automatically moves the retard back 20 degrees. So literally you’re starting your engine at about 16 degrees before top dead center. So that’s very important not just on the drive train, but obviously on your electrical system, etc. So as you can see, this is a very versatile box. And it can do a lot of different things. You can get this box and a complete line of MSD parts and ignition products on MSD Ignition.

I have some useful information on Solving Your Ignition Problems here.