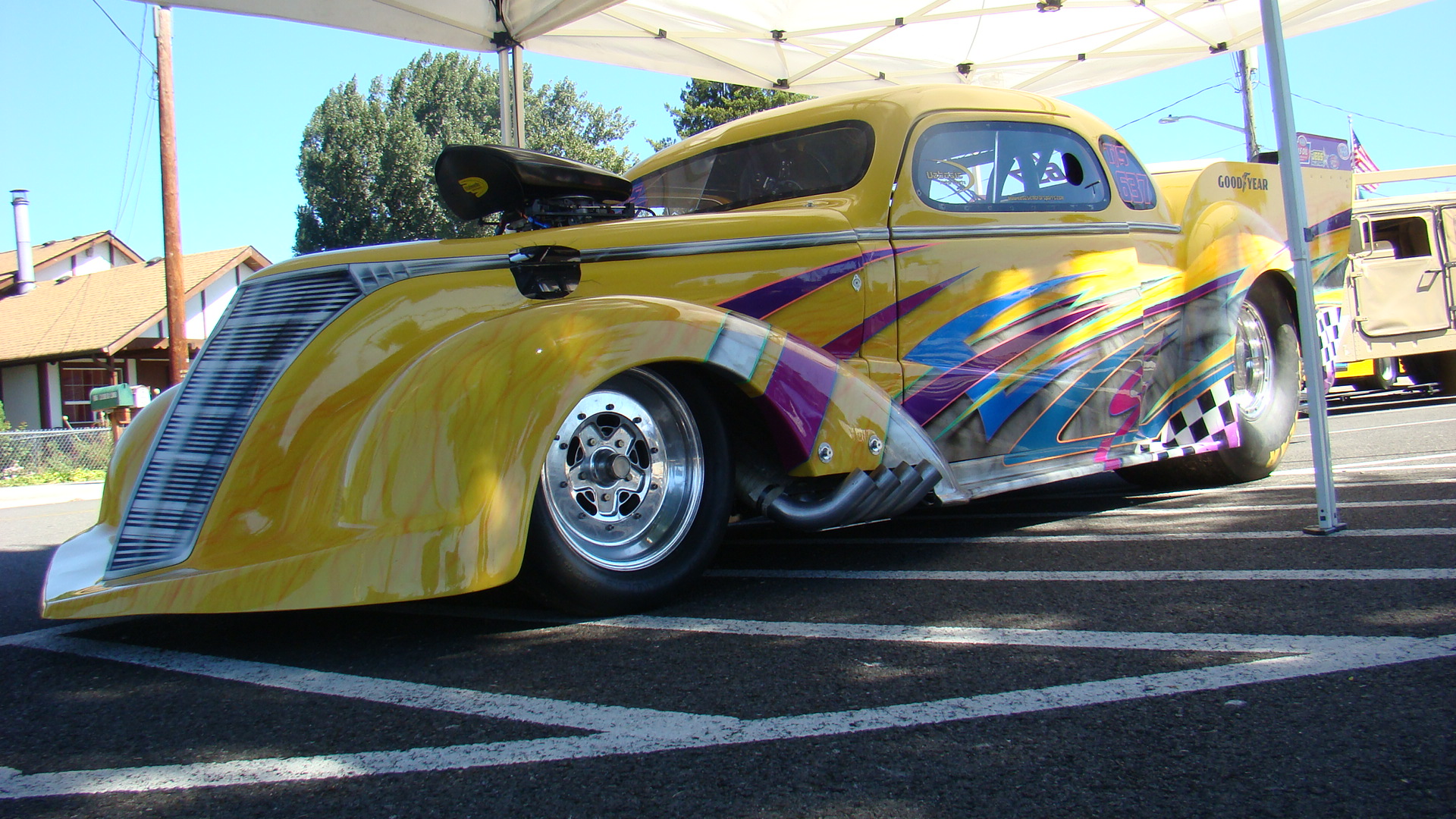 Hello once again to all of the motorsports fans. I just wanted to update everyone on the charity event Uzbasic Motorsports was involved in back on August 26th. in Algona WA.

It was a great event and fun was had by one and all. It was great seeing all of the smiling faces of the children as well as their parents. There were so many different attractions within the event. For the children they had water slides, bounce house, face painting, all the food you can eat, balloon figurines, and number of different games and of course the Touch A-Truck vehicles. This was a great opportunity to give children a chance to look at, touch, and ask questions about all of these vehicles. They had dump trucks, fire truck, semi truck, school bus, transit bus, garbage truck, military vehicles and one race car. I honestly felt a little out of place with all those big trucks but the kids really enjoyed seeing the race car, sitting in the race car and having photos taken by their parents. It was more than worth going to this charitable event to see all the smiles on the children’s faces and fun that they had.

While at the event it was my honor to meet and say hello to the men and women of our armed forces that were attending the event. I had a very refreshing conversation with these men and women who I believe are the real heroes. These folks risked their lives day in and day out to protect the freedom of this great country. These are freedoms that give us all the opportunity to do what we do every day so let’s never take this great freedom that we have for granted. So next time you’re out and about and have an opportunity to thank the men and women that protect us, take a minute and go up to them and tell them, thank you, for the ultimate sacrifice you give to protect this great country. Please do not forget to thank all of the First Responders as well for they too put there lives on the line everyday in this great country to protect each and everyone of it citizens. To all of you a great big THANK YOU from our family and friends at Uzbasic Motorsports.

Sometimes you don’t realize that there are smaller charity foundations that help and work with larger foundations. At the event I spoke with a very nice lady named Jeannette. Jeanette works for a nonprofit organization that through different grants and donations is in the process of starting a fairly large charity to the city of Algona. The organization that Jeannette works for will be putting in a beautiful garden near the city center where they have their baseball fields as well as Algona Police Department and offices. We at Uzbasic Motorsports wish Jeanette and her organization all best of luck and success with their upcoming beautification project.

If you would all be so kind to indulge me I would like to tell you a short story about a boy at the event. He was your typical boy, very interested in the race car and wanted to know all about it. He ask me about 5-10 different questions about the car. We had a great conversation the boy, his grandmother and I. I took for granted that either he or his grandmother had one of those newfangled cell phones that had a camera on it. I was incorrect making that assumption. The grandmother very sweet lady had a flip phone that did not have a camera. The boy’s father worked the graveyard shift at his job and was unable to attend the event with his son. The boy told me that his dad would never believe that he was sitting in a race car so l said I have an idea. I took a number of photos of the boy and put it on our website so he could show is dad that he really did sit in a race car. So too that young man that I had a pleasure of meeting at Touch A-Truck charity event please go to the website and there you will see your photo of you sitting in the race car for your dad. uzbasicmotorsports.com I hope you enjoy it.

In closing, I would like to thank Mayor Hill and all of the people associated with Algona and Touch A-Truck Event a big thank you for putting on the event and bringing some big smiles and happiness to some of the children of Western Washington. Please don’t forget to go to the City of Algona’s to see all of the great events coming up for the rest of the year and into 2018. I hope you will enjoy the photos and will see you all next year.