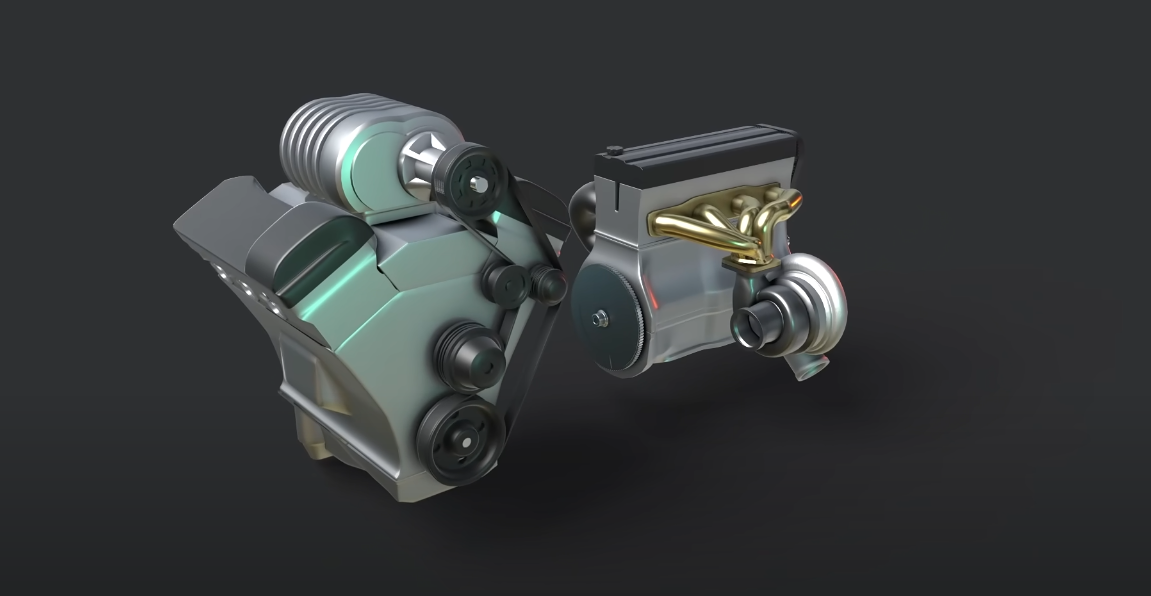 How Superchargers vs. Turbos Work

This is how superchargers versus turbos work. 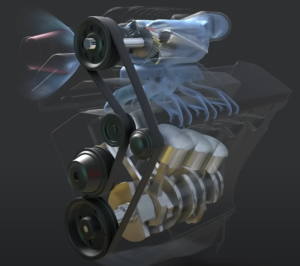 The basic function of both superchargers and turbos is to deliver more air to an engine’s internal combustion process.
The main distinction between the two is this, superchargers are mechanically powered, often by connection to the engine crankshaft.
While turbos are powered by engine exhaust gas.
Let’s look at how each unit works starting with a supercharger
The supercharger type shown here sits on top of the air intake manifold.
A serpentine belt transfers crankshaft power to the supercharger pulley.
Pulley diameter and construction is an easily accessible way to quickly alter supercharger performance characteristics.
A gear drive system delivers incoming power to opposing rotors.
Outside air enters through the air filter and intake pipe.
Interlocking rotors Force air through the supercharger.
The long fins or ridges that span the length of the rotor shaft are called lobes.
Air exits the supercharger through a specially shaped discharge port at the bottom of the housing.
There are a few common supercharger types. 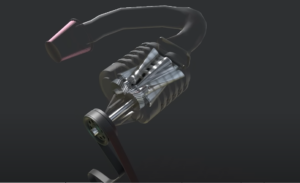 The Roots type supercharger saw its first automobile application in 1900.
The term blower or blown engine, originates from the Root supercharger’s basic function as an air blower, as opposed to other designs that compress air. 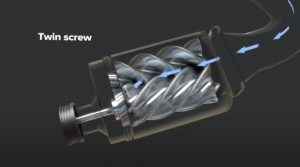 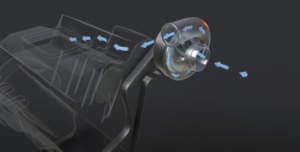 Centrifugal superchargers have much in common with the turbo design concept, though they are still mechanically driven.
They produce an exponential power curve, and are often tuned to make full Boost at engine Redline.
Now let’s look at how turbochargers work.

The turbo connects to the engine exhaust system.
In Turbo setups the exhaust manifold may be specially designed for Turbo placement, and to handle increased heat and pressure.
The turbo has two separate compartments called the turbine section, and the compressor section.
Exhaust flows to the turbine section as exhaust heat and pressure drive the turbine or exhaust wheel.
A sealed shaft connects the exhaust wheel to the compressor wheel.
The compressor wheel pulls air in through the air filter and intake pipe.
Its specially shaped fins force air through an increasingly smaller chamber building compression.
Air gets hot during intake and compression, so most turbo setups have an intercooler between the turbo and engine intake to get air back down to ambient temperatures.
Cooler air has greater density, serving the goal of forcing more air into the engine.
The intercooler works something like a radiator; hot air passes through internal tubes, as outside air rushes by for cooling.
Here are some common turbo designs.

The single turbo shown here where all exhaust flows through a single turbocharger.
Twin Turbo
A setup with two turbochargers, for example on a six-cylinder Engine with one turbo for each cylinder bank. 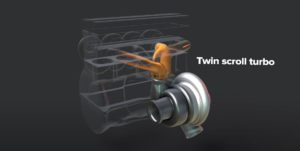 Exhaust exits the cylinder in a pulse with a high pressure section followed by low pressure.
Twin Scroll Turbos separate cylinders into pairs, so that exhaust pulse waves do not interfere with each other, and a continuous stream of maximum pressure exhaust reaches the turbine.
Now let’s compare superchargers and turbos in very general terms.
Again superchargers are powered by mechanical energy, for example by connection to an engine’s crankshaft. While turbos are powered by otherwise wasted heat energy from engine exhaust. 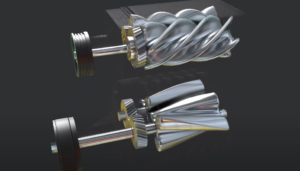 Roots and Twin Screw Superchargers have positive displacement, meaning that they move the same amount of air for each engine revolution regardless of RPM.
This also means that they can make boost immediately even at very low RPMs, and have a fairly linear power curve. 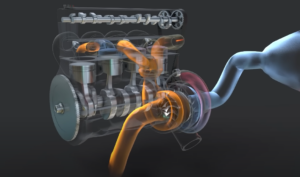 exponential power curve, since they are powered by exhaust, turbos take time to build turbine speed and pressure before producing usable boost.
This delay is called turbo lag.

Superchargers take power to make power, and an average setup can require 40 to 60 horsepower to function.
This doesn’t mean that overall engine efficiency is always sacrificed, as some setups can increase fuel economy when not driven aggressively.

Though turbos do increase back pressure on the engine, they derive power primarily from otherwise wasted 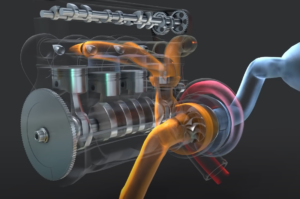 As such they can be very efficient.

In conclusion, superchargers can be a less complex, less expensive way to increase engine performance.
They’re usually easier to tune and maintain.
They can be ideal in applications that require predictable boost at all RPMs.
Turbos might require more peripheral parts like oil and vacuum lines, an intercooler, custom exhaust manifolds, and exhaust piping, and so on.
Turbos can require more skill to properly configure, however a well-tuned turbo system may be able to produce boost more efficiently, and in greater quantity, than a supercharger.

Here is an article on How a Turbocharger works. This post was inspired by the above video. All artwork designed by Animagraffs.