I found this article on MotorSport Magazine, and thought I should share it with you. It was written by Preston Lerner. It covers some of the history of GTLM (Generalized Two-Layer Model) racing and some examples of GT, which stands for Gran Turismo, or grand touring cars.

When the first GTLM race was run at Daytona in 2014 during the Rolex 24, Tommy Milner was driving a bright, yellow #4 Chevrolet Corvette, race engineered by Chuck Houghton. 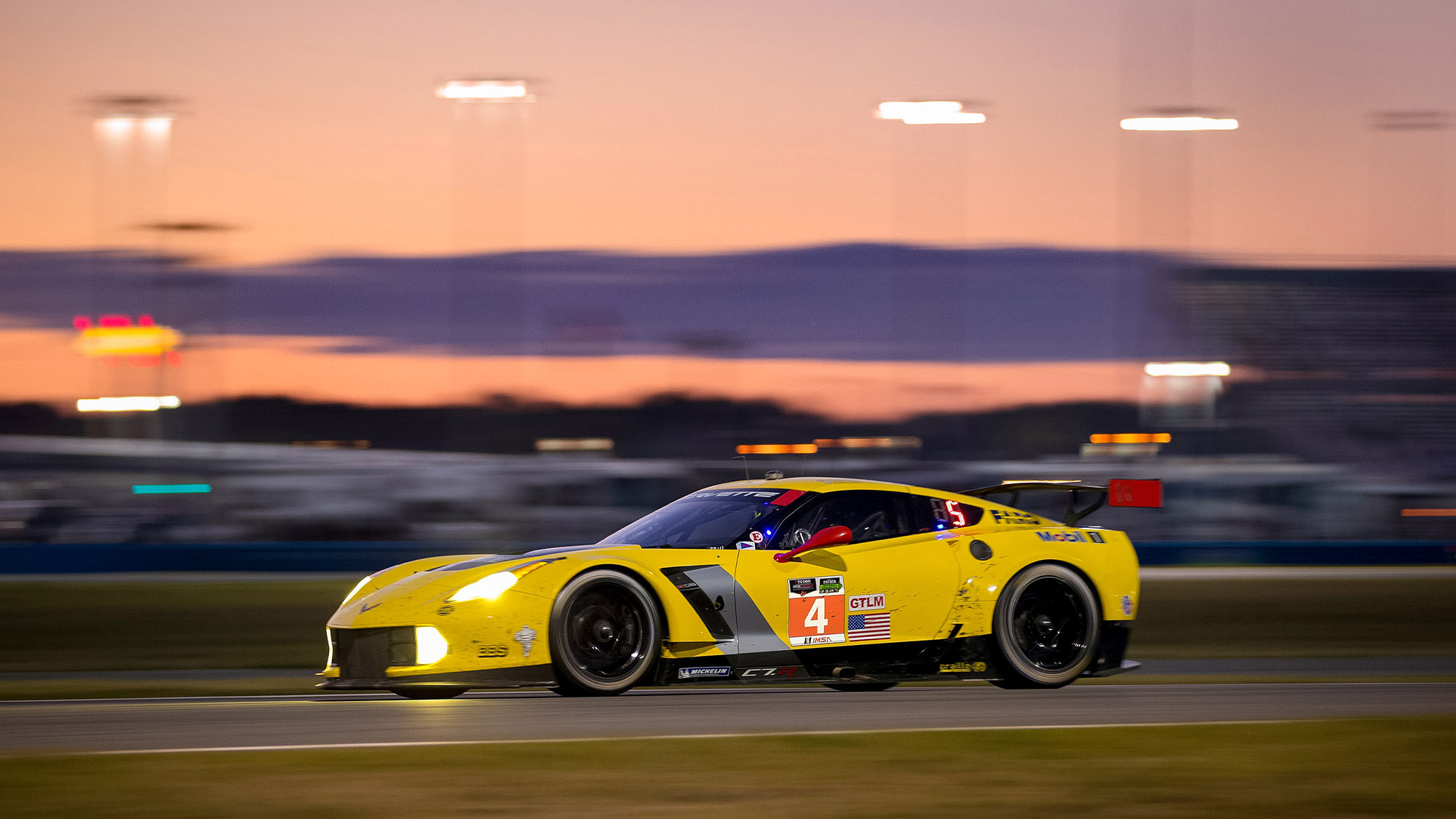 “The stability certainly helped,” Houghton says. “It can be difficult on the team when you’re switching out guys all the time. Something else that helped us was being the people who designed and manufactured the car along with racing it. That gave us an advantage over teams that just received a car from the factory.” 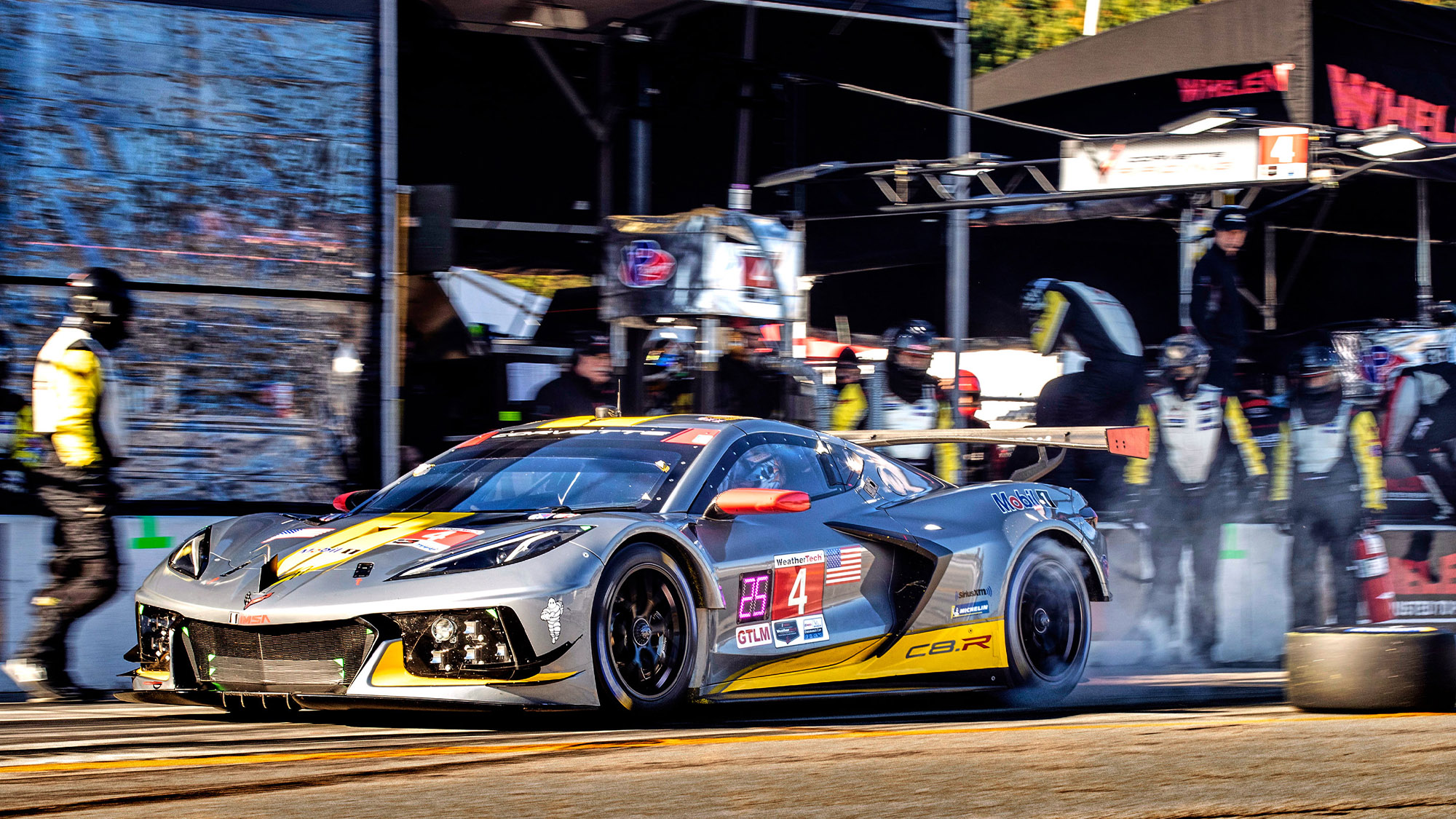 Decades from now – or maybe a lot sooner than that – fans and participants may look back at the GTLM years as a golden age of GT racing. Besides featuring fierce competition and a seemingly endless highlight reel of thrilling finishes, the class also showcased technology that could be unlocked only by automakers with deep pockets and vast technical resources.

“It was, in some ways, the heyday of manufacturer-backed GT racing,” Milner says. “We saw big factory efforts from Corvette, Porsche, BMW, Ferrari, Aston Martin, Dodge for a little bit. It’s a little bit disappointing to see that go away.”

For the foreseeable future, major-league sports car racing will be structured around the immensely popular GT3 class. Although GT3 cars look almost identical to GTLM models, they represent an entirely different motorsport philosophy.

Stephane Ratel unveiled the GT3 concept in 2006 as a way to attract more gentleman drivers to the sport. Since then, it’s evolved into turnkey race cars built by customer-racing departments to generate income and burnish brand image. These days, GT3 cars are raced by professional as well as amateurs. But costs are reduced by restricting technological innovation, and traction control and anti-lock brakes are permitted to make the cars easier for gentleman drivers – who often foot the bill even in pro racing – to handle on the track.

“Chevrolet started thinking, ‘What can we do on the street car to make a better race car?’”

The GTLM class, by way of contrast, exemplified a no-holds-barred form of manufacturer-supported racing. Spiritually, GTLM’s roots date back to the GT2 cars of the mid-1990s. Fast, formidable cars in this vein were an essential element of the American Le Mans Series from its creation in 1999, while the rival Grand-Am Rolex Sports Cars Series was committed to simpler, slower entries that were closer to production sports cars. 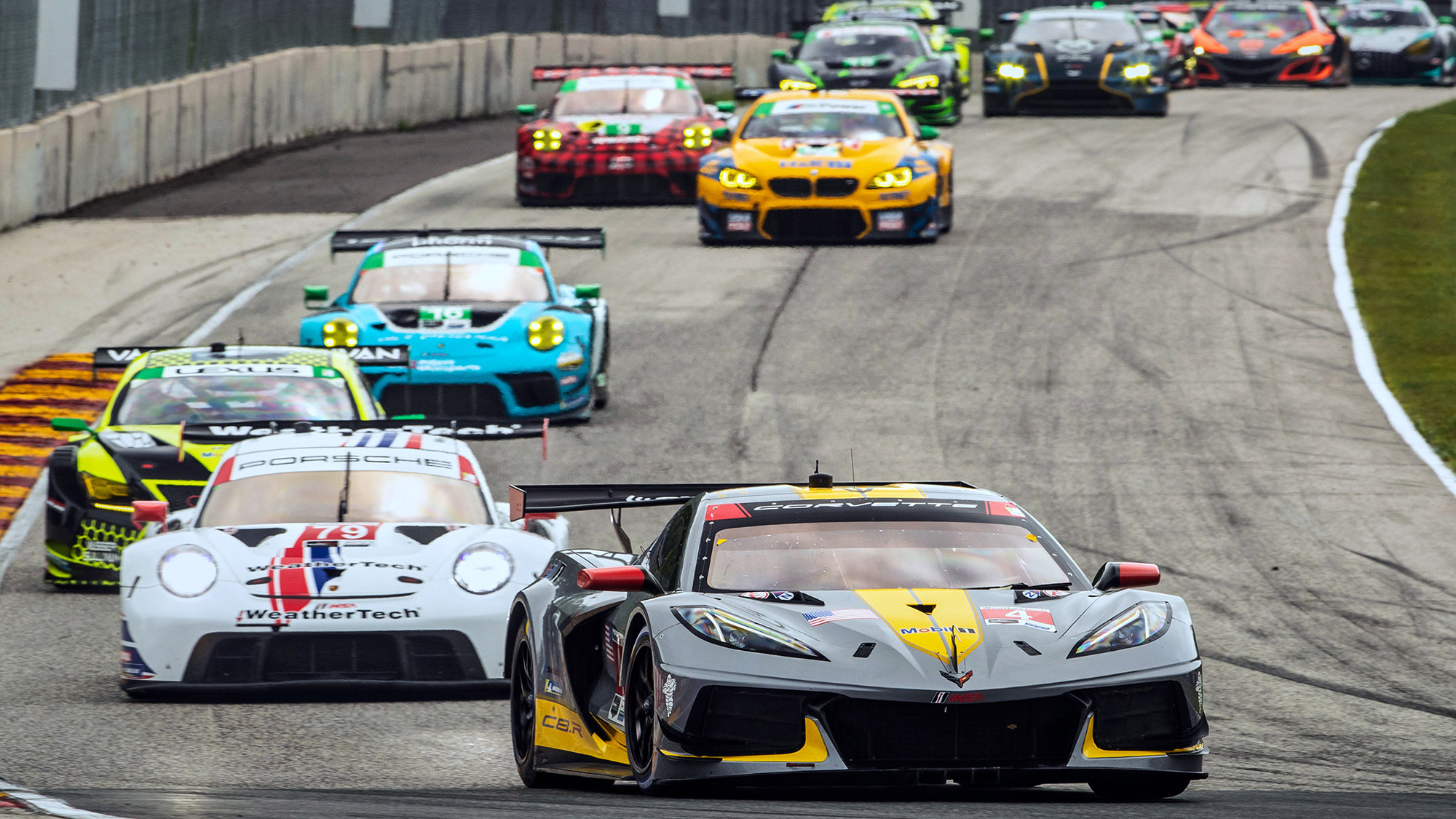 In 2014, when the two organizations merged, a new GTLM class was created (though, to be honest, it was basically the old ALMS GT class carried over from the previous year). Corvette Racing unveiled a brand-new C7.R for the occasion. Although the team won four races, it came up short to Porsche and Dodge in the manufacturers’ championship.

The highlight of the 2015 season was Le Mans. The race weekend began with a bang, with Jan Magnussen totaling his Corvette after clobbering the barriers in the Porsche Curves during qualifying. All of the team’s engineers were shifted over to the second car, which Milner was sharing with longtime co-driver Oliver Gavin and part-timer Jordan Taylor.

“That’s our biggest race of the year,” Milner says. “As the only Corvette in the race, and with every single person putting all their effort and energy into our car, it was the most pressure I’ve felt in a race. But at the same time, it was the most confident I’ve felt, knowing that we were all working together toward the same goal.” 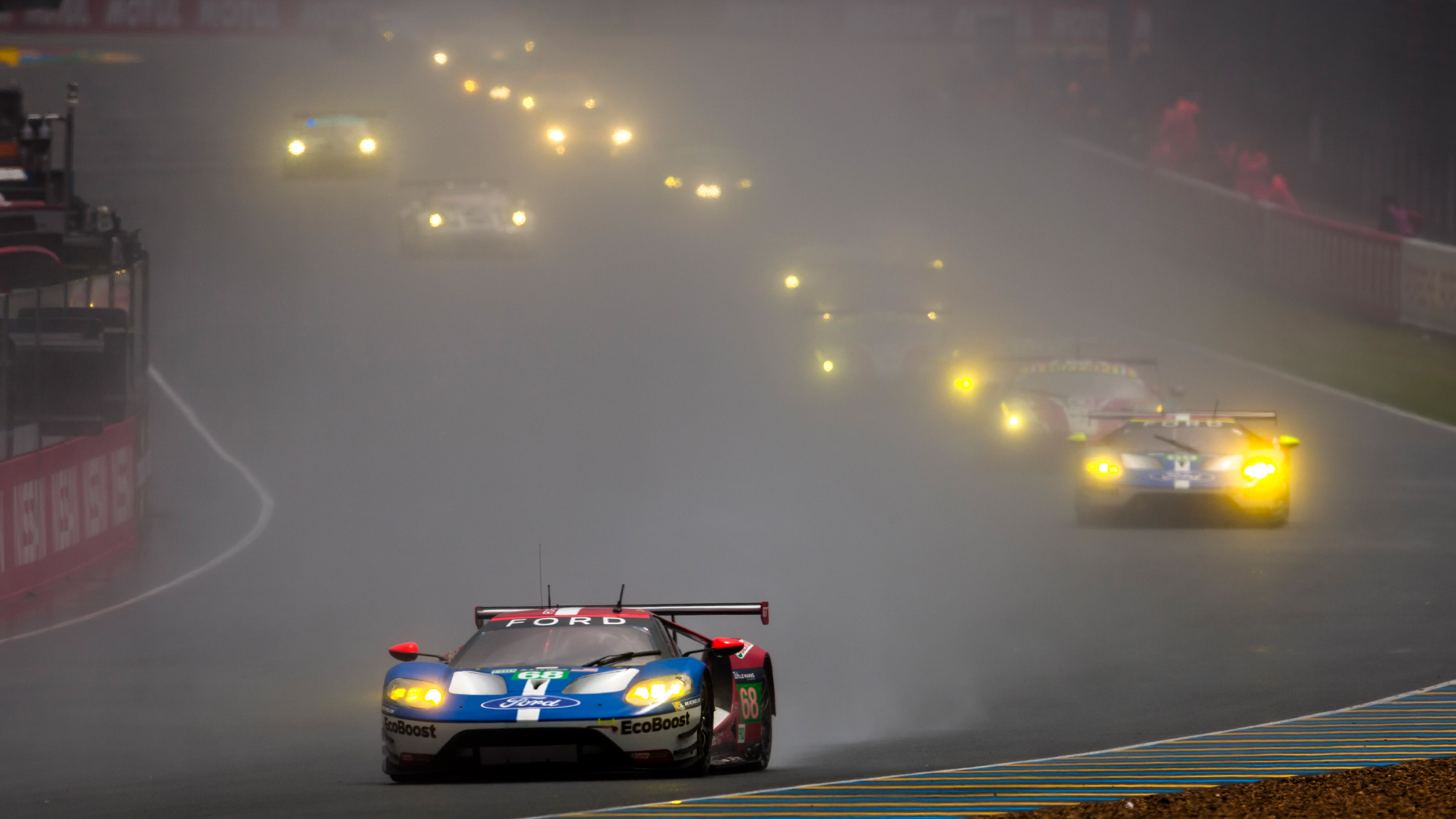 In 2016, Milner and Gavin won four races en route to claiming the drivers’, team and manufacturers’ championships. What made the titles especially sweet is that they came at the expense of the much-ballyhooed Ford GT. (For the record, though, the Ford GT won its class at Le Mans on the 50th anniversary of the company’s famous 1-2-3 victory, which was – in the minds of Ford executives, at least – far more important than any single IMSA race.)

The 2020 season brought the brand-new C8.R. This is the GTLM version of the mid-engine Corvette street car. Now, General Motors had been teasing about this for nearly half a century. Obviously, this was a clean-sheet design that allowed for much improved weight distribution. But an even more important factor in the C8.R’s success was that Pratt Miller – which runs Corvette Racing on an operational basis – played an integral role in the development of the street car.

“Each year we worked with GM, the connection between the [Pratt Miller] team and the [Chevy] production group got stronger,” Houghton says. “We were pulled into meetings early on to offer suggestions about the design of the production car. And I think  Chevrolet started thinking, ‘What can we do on the street car to make a better race car?’”

The C8.R was the class of a shrinking GTLM field in the WeatherTech Sports Car Championship in 2020. This past year proved to be an even bigger beatdown. Milner and new partner, Nick Tandy, won four races. But the drivers’ and team titles went to their team-mates, Jordan Taylor and Antonio Garcia. Between the two cars, Corvettes amassed seven 1-2 finishes. 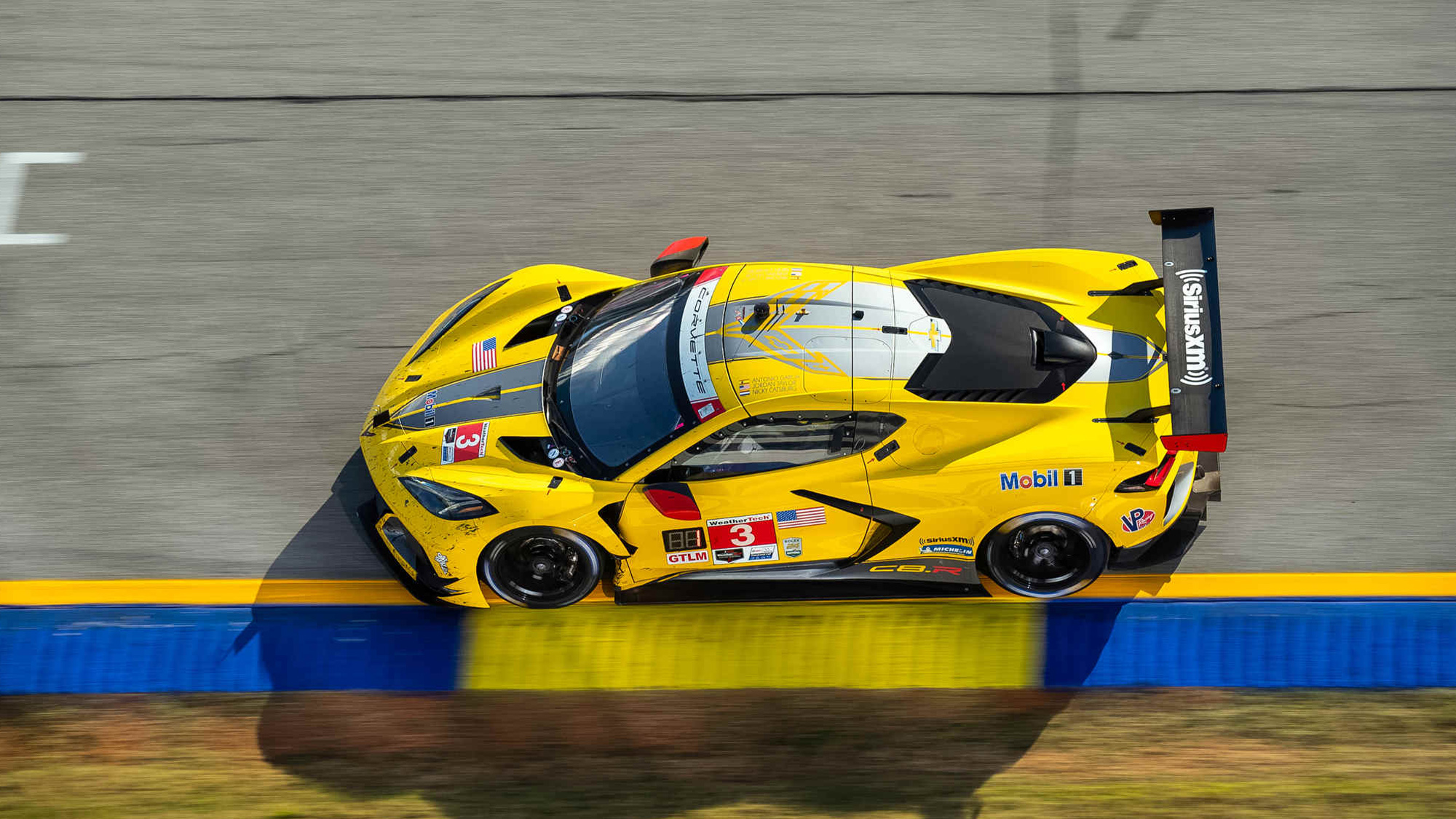 Sadly, the writing was on the wall for the GTLM class by then. Ford, Dodge and Aston Martin were long gone. BMW and Ferrari had been missing in action for most of the season. Porsche was reduced to a privateer effort. With the field so depleted, IMSA decided to replace GTLM next year with a new class called GTD Pro. This will feature professional drivers in GT3 cars. With this move, the GT3 takeover is complete. But nothing is forever.

“In sports car racing, we’ve had these ebbs and flows for many years,” Milner says. “So it wouldn’t surprise me if, in the not-too-distant future, we make our way back to more manufacturer-focused GT racing.” 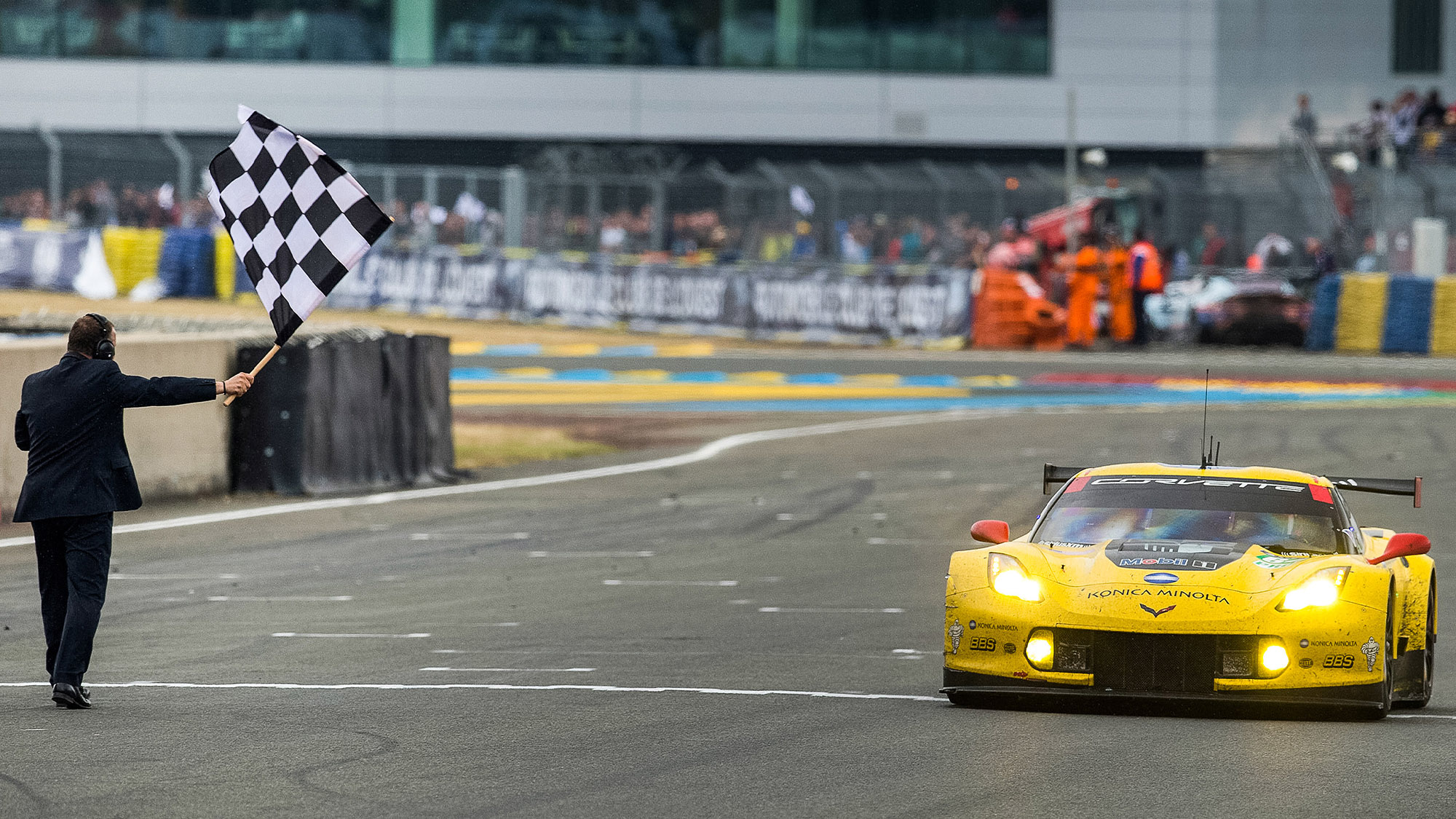 I hope you enjoyed this article and found it informative . Here at Uzbasic Motorsports Performance Parts, we want to provide you with useful and instructive information that you can use and enjoy.

We have a bunch of article blog posts and videos for you to enjoy at your leisure on our Blog.

For instance, check out this one on How To Get Needed Engine Performance Parts At A Reasonable Price.

Also, if you would like to learn a little bit about what we want and things we do to help, check out A Little About Uzbasic Motorsports. I also want you to look at How to Encourage Women’s Interest In Formula 1 And Other Forms Of Racing, it’s very interesting.